Lower costs thanks to coin marketplace 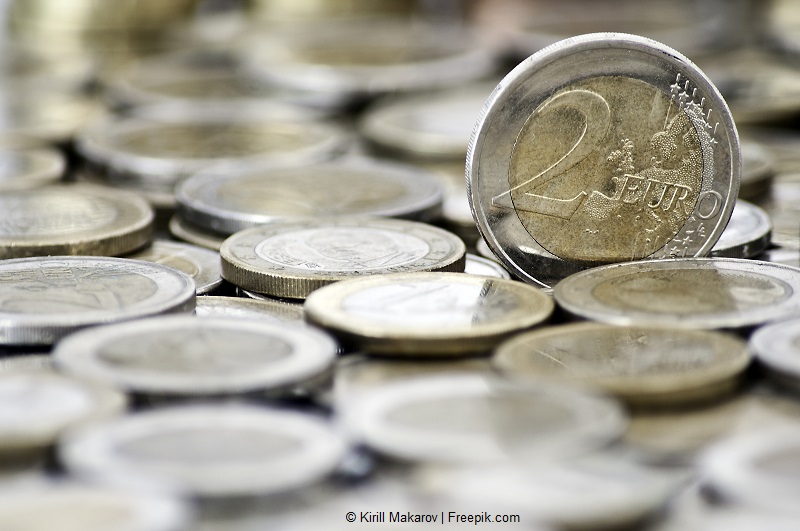 Sparkasse Barnim reduces its coin management costs with the help of an external service provider.

Coins are an expensive business for the banking industry. As the number one point of contact for retailers, regional institutions in particular often have to bear high costs. Checking, sorting, counting, rolling and storing coins costs money, and there are also logging processes. Efforts and benefits are often out of proportion with regard to the commitment of personnel and resources.
This was also the problem faced by the Sparkasse Barnim in the northeast of Berlin. The medium-sized institution with total assets of around 1.8 billion euros handles and processes up to 90 tons of coins annually – and the trend is rising. It was therefore necessary to significantly optimize the existing process, because after all, every coin is handled at least twice.

Until now, coin management at Sparkasse Barnim had followed a classic pattern: all coins were collected from the branches, then centrally checked, sorted, counted and rolled. The rolled coins had to be returned to the branches, the surplus to the Bundesbank. Although the Sparkasse had a fee arrangement for this service, the amounts were often not collected at the counter tills because this would often have meant additional administrative work in the complex process chain. At the same time, there were generally too many loopholes in the system that allowed customers to circumvent the coin fees.
Against this background, the quantities of coins produced were also logged rather sporadically and incompletely. Another enormous expense: rolls were lying in safes in the branches, which employees then had to open frequently in order to fulfill customers’ requests. So, all in all, there were a number of reasons to reorganize coin management.

The Sparkasse Barnim decided to take a new approach, which, from the bank’s point of view, quickly led to success. With the help of the coin management solution
“ChangeExchange” from the Leipzig-based service provider ALVARA, customers place their coin orders via a platform. A money processing employee accepts open orders by 10:30 a.m. and prepares the desired coin packages ready for transport. The customer can select these in the coin portal, such as a defined kit, individual rolls or entire roll packages – subject to the corresponding receipt of money, which includes countervalue and fees.
The shipping method can also be freely defined: If the customer wishes to have the money sent by mail, this will be done via DHL up to a transport sum of less than 500 euros and a weight of up to 32 kilograms. If the customer wants to pick up his coins at the branch, a CIT may deliver them to the Sparkasse. This applies above all to deliveries whose transport sum is greater than 500 euros and heavier than 32 kilograms. The processing of coin rolls and coin packages is handled by the bank’s own cash processing department together with the cash-in-transit company. The coins, handed in by the customer in coin deposit devices or safebags, were collected from the branches of the Sparkasse and prepared by the CIT – according to the coin orders via the portal and the cash orders from the branches.

The remaining expenses for coin management at Sparkasse Barnim were significantly reduced bevause of the combination of recycling and direct sales, together with a revision of the in-house fee collection system.
The bottom line is that the new solution has significantly eliminated inefficiencies in cash handling. This allowed the Sparkasse Barnim to reduce the number of entities involved in coin processing and accounting. In addition, it was possible to reduce the quantities of coins that have to be returned to the Bundesbank as surpluses.

The recycling system and direct sales were the main contributors to this, as they reduced storage processes and cash inventory management. The expanded sales and logistics channels, for example through new service areas for the contracted CITs, are also advantageous. Last but not least, this enables Sparkasse Barnim to respond more flexibly to market demand and minimize the costs associated with coin management.

Author Wolfgang Kohl works as a cash manager at Sparkasse Barnim.
Author Bernd Hohlfeld is a member of the Management Board of Alvara Cash Management Group, Leipzig.

– Published online on February 27, 2019 in the Sparkassenzeitung –

To Cash or Not to Cash? That Is the Question!